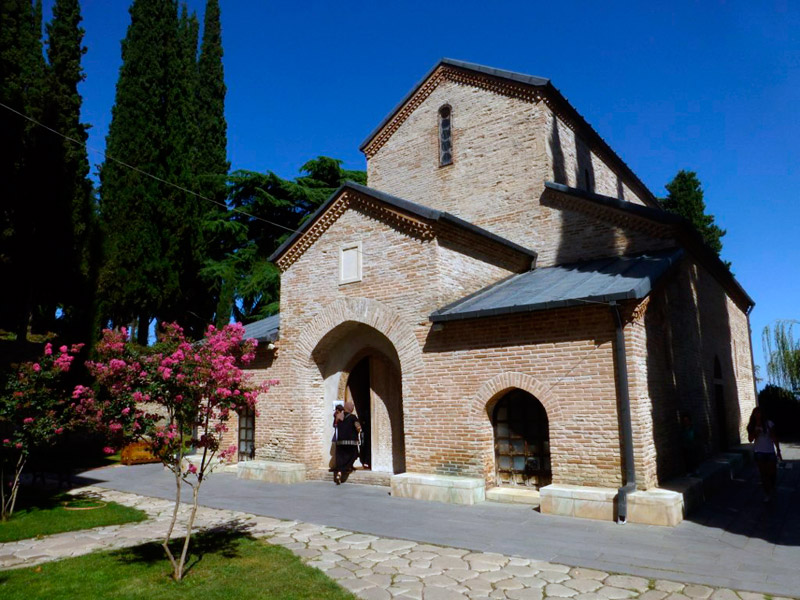 According to the legend, after the adoption of Christianity, King Miriani had a dream: four stars flew across the four mountains of Georgia and one of the rays was near Bobde. Nino went there to put a cross on that very place. She lived very modestly in a tent where she died. She was buried in the place where her tent was.  At the beginning of the IV century, a monastery was built on the site of the tent. The grave of Nino is located inside the monastery, under the altar, and the altar is strictly forbidden to be photographed. 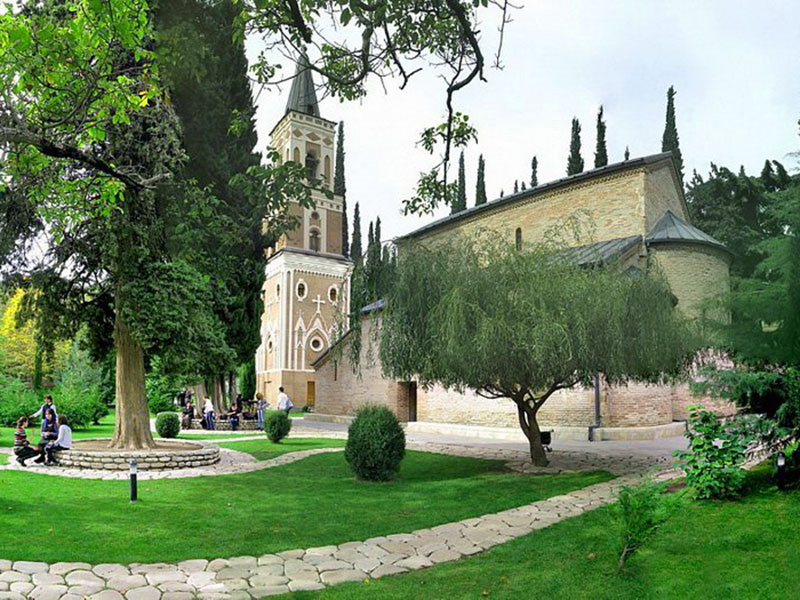 Every year on January 14, pilgrims visit the monastery to worship the tomb of Saint Nino, drink from the holy spring and enjoy the silence. In the east, there is an observation deck with a beautiful view of the Alazani Valley. From the observation platform to the spring leads a ladder. The spring is a small brick building, with a swimming pool in which you can swim. To swim in the pool you will need to wear a white shirt in advance, which is stored without washing.