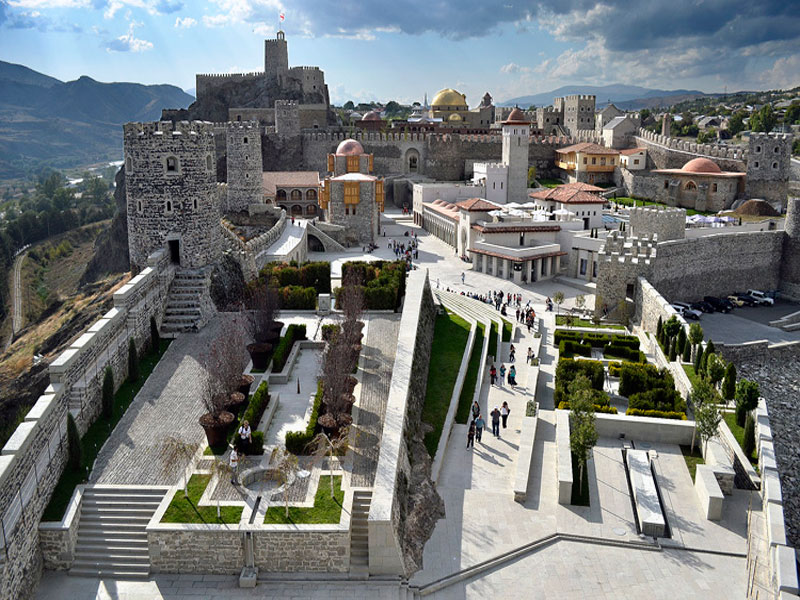 Akhaltsikhe town is a regional centre of Akhaltsikhe district and the administrative centre of the Samtskhe-Javakheti region. It is a beautiful town with a rich and ancient history. Several roads leading to Tbilisi, Batumi, Borjomi, Gori, Kutaisi pass through the town.

Several years ago, Akhaltsikhe was an unremarkable town, but everything changed after 2011 when the large-scale reconstruction of the Fortress Rabat located in this town started. This old medieval fortress was founded in the XIII century and since then it has been destroyed and restored several times after major military battles. The founder of this fortress is considered a princely family Jakeli for whom it remained the residence for 300 years. Initially, a fortress was called “Akhaltsikhe”, which is translated from Georgian as “a new fortress”. Exactly this ancient name bears the town till our days. When in 1578 the town was captured by the Ottoman Turks, the fortress was rebuilt and became known as Rabat. Five years ago it was totally reconstructed and turned into a huge cultural and historical complex with an area of 7 hectares. At the bottom part of the fortress, you can find cafes, restaurants, shops and even a hotel. And in the upper part, there is an Orthodox church, a mosque, Jakeli castle, and a historical museum. If you climb to the observation platform, you can admire the beautiful view, which opens on the town and its surroundings.