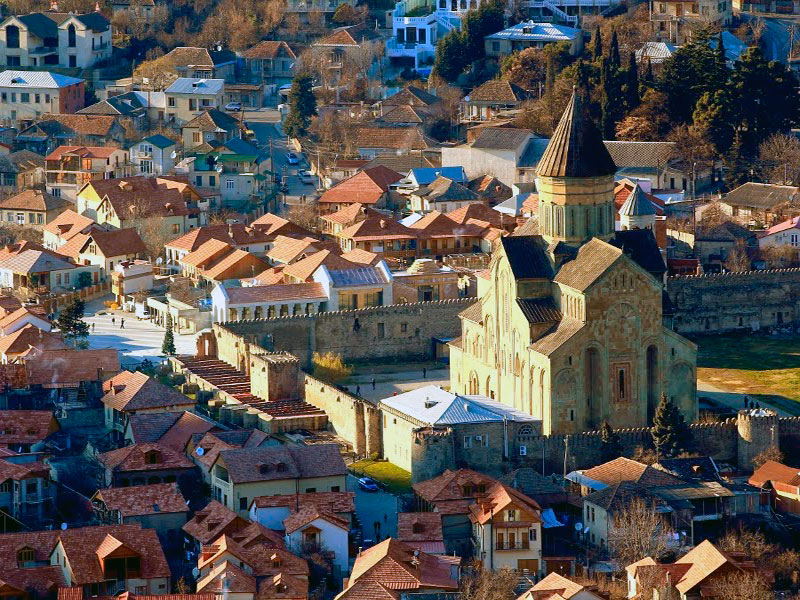 Mtskheta town is located a few kilometres north of Tbilisi and is the administrative centre of the Mtskheta-Mianeti region. Mtskheta is considered one of the oldest towns in Georgia: it was firstly mentioned in the first half of I millennium BC. Till the V century, Mtskheta was the capital of the first Georgian state, the ancient Iberia. Now it is considered the holy cult place for all Georgians: nowhere else in Georgia you will find so many saint sights as in Mtskheta! Here is located the main Christian Cathedral Georgia – Svetithoveli temple, as well as an important Christian relic – the Heaton of God. In the town, you can also visit the ancient monastery of the VI century called Jvari and the convent of XI century Samtavro.

Apart from the religious sights, the Mtskheta is admired for its architecture and beautiful nature. It is surrounded by mountains and is united by the confluence of the Aragvi and Kura rivers. If you climb to the observation deck built near the monastery of Jvari, you can enjoy all these beauties. Today Mtskheta is under UNESCO protection, and, being such an ancient Christian town, attracts pilgrims and tourists from all over the world.