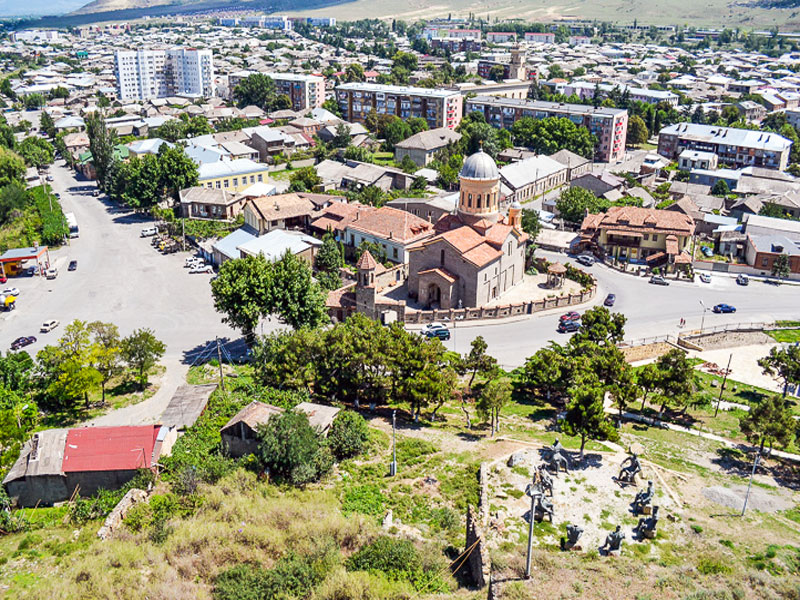 The small town of Gori with a population of only 50 thousand people is located in the eastern part of Georgia, in the picturesque Kartli Valley. It is the centre of Shida Kartli region. Despite its small territories and not many attractions, Gori is considered quite popular among tourists. It got its fame due to Joseph Stalin, who ruled the Soviet Union for 30 years. It was exactly here in Gori where this famous man was born, and even now the central street bears his name.

One of the most popular attractions of Gori is Stalin’s house-museum where you can see interesting exhibits related to the life of the ruler: letters, notes, photos, personal items and much more. Another no less famous landmark is the huge Goristsikhe fortress located in the central part right on the high hill. It was built in the VI century, during the reign of the famous Georgian king – David the Builder. Climbing up to the hill, you can admire the beautiful view, which opens to the entire town. The other no less exciting sight is located in a few minutes drives from Gori. That is a unique cave town Uplistsikhe, carved into the rocks. It is said that the town belongs to I century BC.