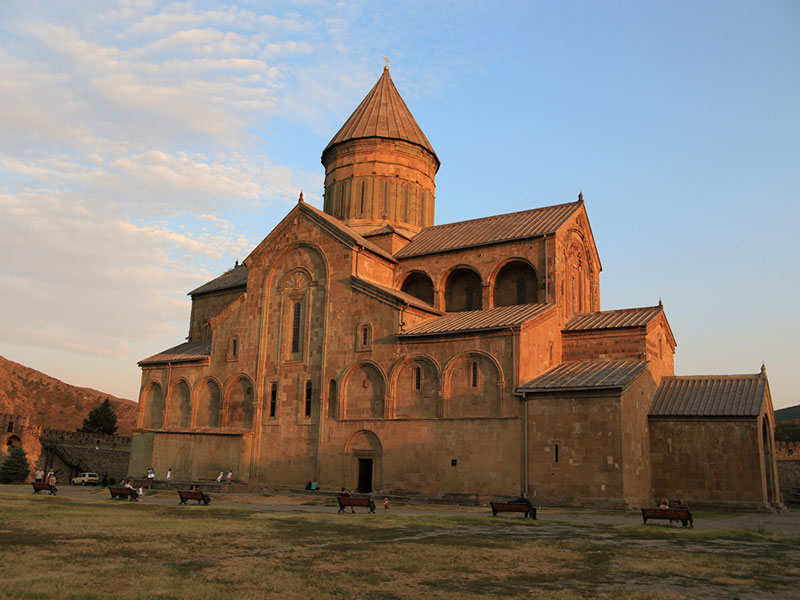 Samtavro Convent is located in the spiritual center of Georgia, Mtskheta, and is considered the famous landmark of the town. The monastery was built by King Mirian near the blackberry, after the death of St. Nino.

The history of the monastery is connected with the first Christians in Georgia, St. Nino and St. Gabriel. King Mirian and his queen Nana were buried in Samtavro, which eventually became the burial vault of the church’s highest hierarchs. For a long time Samtavro was the center of the Christian church and, due to generous donations, was considered one of the richest in Georgia.