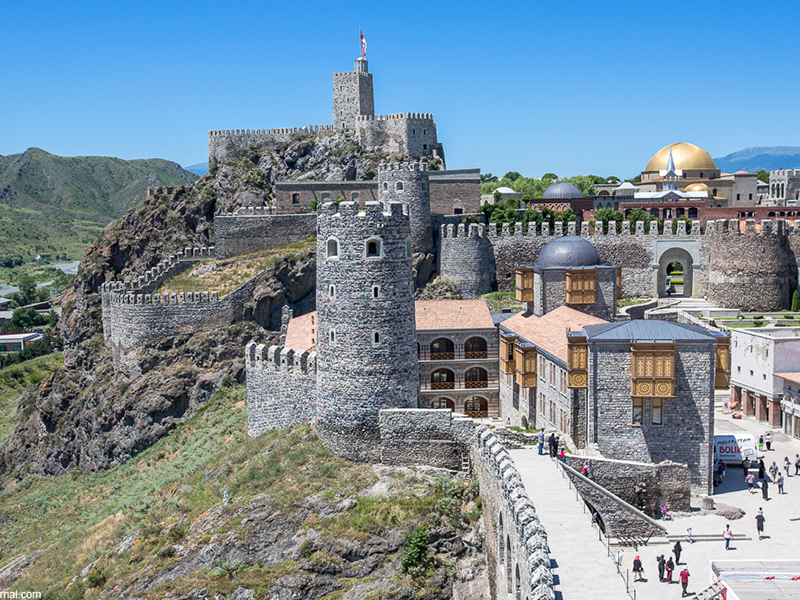 Rabati Castle is located in the town of Akhaltsikhe, on the bank of the river Potskhovi. The Arabic word “Rabat” is translated as a fortified place. The fortress was built on a high hill and is visible from any point of the city.

Now Rabati Castle is a popular attraction of Akhaltsikhe. In 2012, it was reconstructed and strengthened. Rabati Castle has a powerful fortress wall, four towers with spiral staircases, an observation deck, and buildings.

The fortress occupies about 7 hectares and is divided into two parts – modern and historical. In the modern part, there is a restaurant, a hotel, cafes, and shops. In the old part of the fortress, there is the Ahmediyeh Mosque, the church, the family castle of Jakeli and the historical museum.