The Legend of Niko Pirosmani

Well-known Georgian primitivist painter Niko Pirosmani (Nikolay Pirosmanashvili) lived in the period from 1862 to 1918. During his life he lived in poverty and often painted in exchange for food; the real fame came to him only after his death. Many people outside Georgia have probably heard the touching story of his love to one foreign actress. This story became particularly famous due to the song of well-known Russian singer Alla Pugacheva – “Million red roses” – which tells about this poor Georgian artist. Once the people of the Soviet Union knew this song by heart. So, what is this story about?

In March 1909, the beautiful French actress Margarita de Sevres had performances in Tiflis. Niko Pirosmani amazed with her talent and beauty immediately fell in love. It is said that a lot of men fell in love with her, but Margarita was always unapproachable. 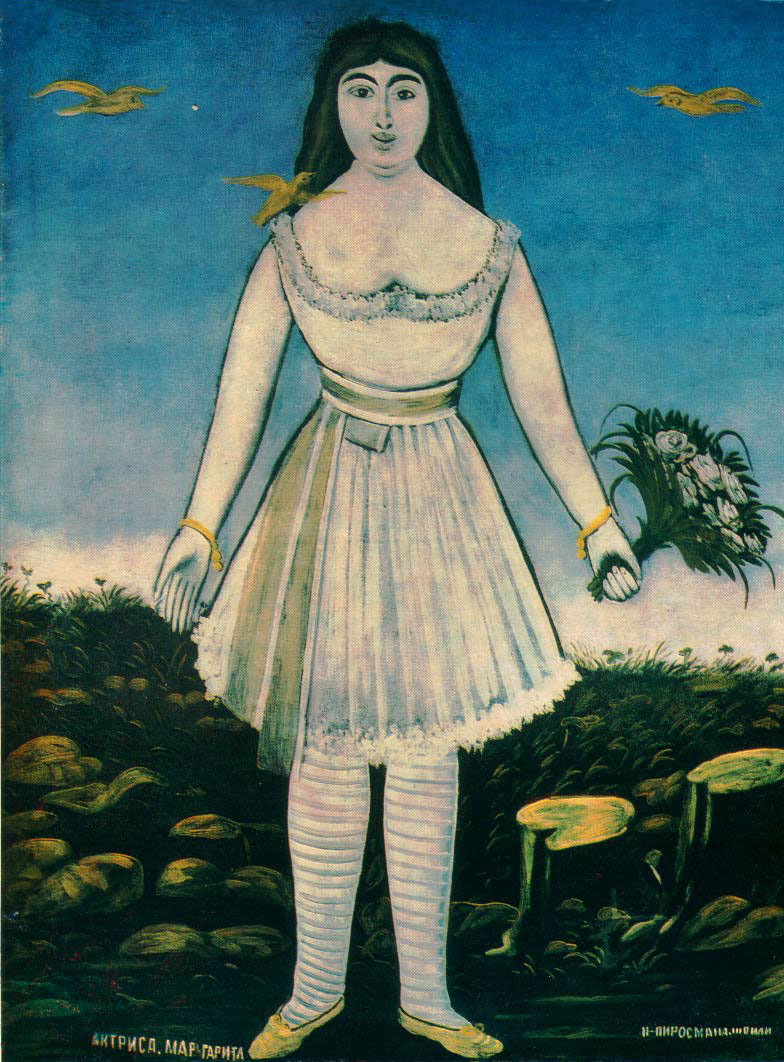 “If you are a national artist and belong to the whole nation, you should not belong to one person” – that was her opinion. The painter’s love annoyed Margarita. Some say that he waited for her near her house and when she didn’t pay attention to him, fell on the ground, crying and kissing the ground where she passed. Pirosmani painted a portrait of the actress and named “Actress Margarita” – now it is one of his most famous works.

On his birthday Pirosmani sold all his possessions and bought all the flowers in the city. Huge carts laden with flowers have been delivered to the home of Margarita. They were unloaded near her window, and in some time the whole street was filled with flowers. The legend says that it was roses, in fact, there were not only roses but also lilac, acacia, lilies and other beautiful flowers. That clear morning Margarita heard the noise and felt an incredible aroma in the air. Excited she came up to the window. An amazing carpet of flowers stretched in front of her, and Pirosmani was approaching her house through the flowers. The actress ran out of the house in her most beautiful dress and gave the artist her first and last kiss. Of course, this story is covered with legends, and nobody can exactly tell how it was actually. It is said that Niko had never seen an actress after that day, as she left Georgia with a rich admirer.