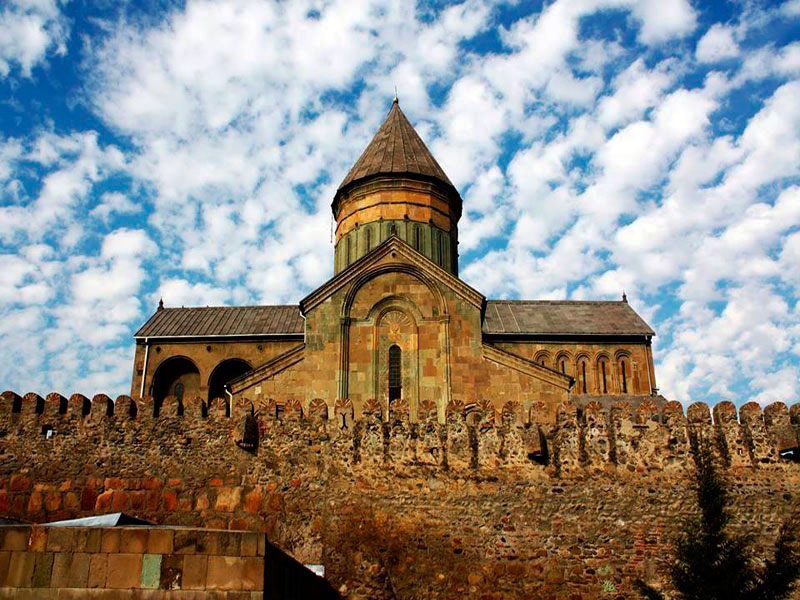 In the amazing ancient town of Mtskheta, there is a temple of Svetitskhoveli – one of the main cathedrals of Georgian Orthodox Church. In translation from Georgian, the word “svetitskhoveli” means “a life-giving pillar”. So, why did the cathedral get this name? There are several versions. According to one of them, a long time ago in the IV century on the site of the cathedral, there was a small Church of St. Sidonia. For some reason, it was destroyed, and anyone who tried to restore it failed. Once the works began – something went wrong. It lasted a long time until in the XI century a cedar tree grew on the tomb of St. Sidonia. Builders have decided to use it as the first pillar of the temple. The construction went well, and the temple was built. It seemed as if Heaven came to help the people. Thus, this magnificent temple Svetitskhoveli standstill our days.