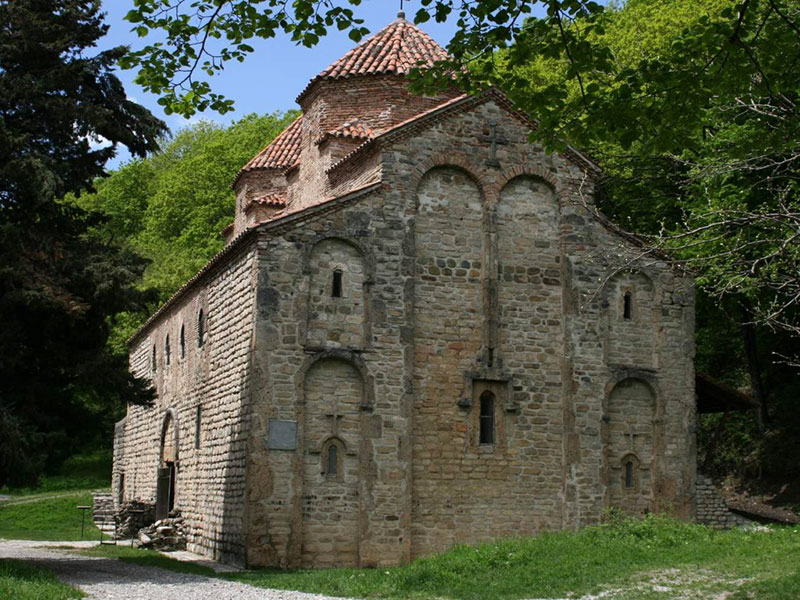 The complex consists of several buildings of different eras. The very first temple in the form of a basilica was built in VI – VII centuries. Only ruins of the wall have remained from it. To the west of the wall, there is another temple built in the IX century. From the architectural point of view, the temple is considered unique due to the dome construction – “pendative” is a spherical triangle on which the weight of the dome is distributed.

Recently the temple was restored and its original appearance was preserved.