The Legend of Queen Tamar and Shota Rustaveli 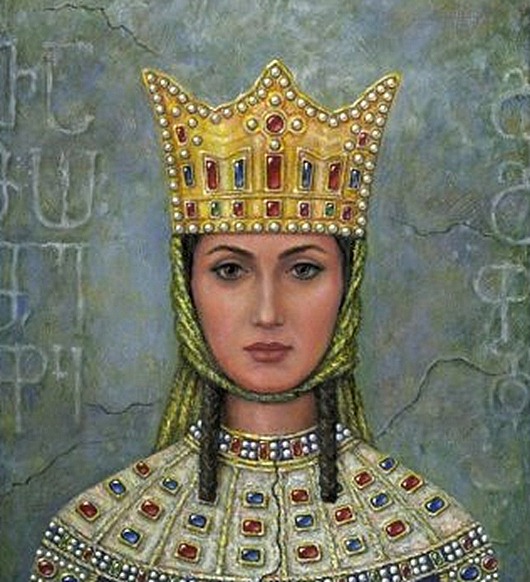 The exact date of the birth of the Georgian Queen Tamar is unknown, but historians suggest that it was in 1165. Tamar lost her mother when she was still a little girl and was left alone with her father, King George III. The father, foreseeing his soon death, crowned his daughter, and Tamar became the first woman ruler in the history of Georgia. After her father’s death, she ruled justly and was loved and recognized by the people. The wise queen was also very beautiful with a statuesque figure and deep dark eyes. She always behaved with dignity, and her wise talks amazed the ears of interlocutors. The rumours about her perfection spread far beyond the kingdom, and many kings, sultans, and shahs wanted to marry her. But Tamar accepted the proposal of the son of the Russian Prince, Yuri. The queen did not love him and was guided only by political considerations. After the wedding, Yuri moved to Georgia and for two years he was drinking and beating his wife. Tamar long endured her sufferings, but in the end, decided on a divorce and asked 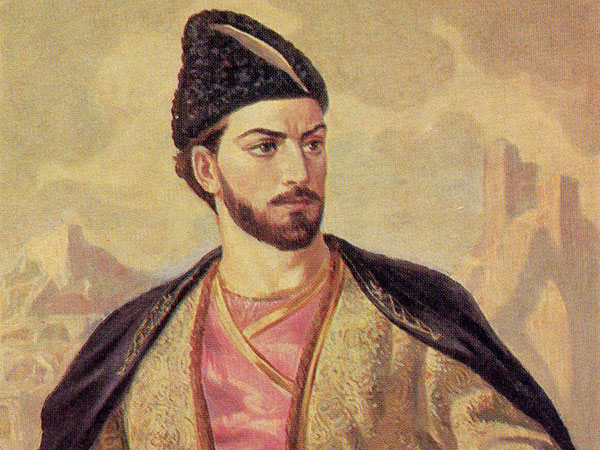 George to leave Georgia. The angry prince gathered the troops and went to war with his ex-wife, however, the victory was won by Queen Tamar. Georgia continued to flourish and became one of the richest countries in the world. All carolled the wisdom of their queen while she was building roads, schools, inviting the best scientists, artists, and poets. Once she invited the famous Georgian poet Shota Rustaveli who fell in love with the queen as soon as saw her. Some people believe that she loved him back while most common version state that the poet had never got her love. Shota Rustaveli became her treasurer, and in his works glorified her beauty, nobility, and virtue. It is believed that in the image of the main character of the poem Nestan – Darejan the poet meant Queen Tamar. Each line expresses her beautiful image and feelings of the poet’s unrequited love.