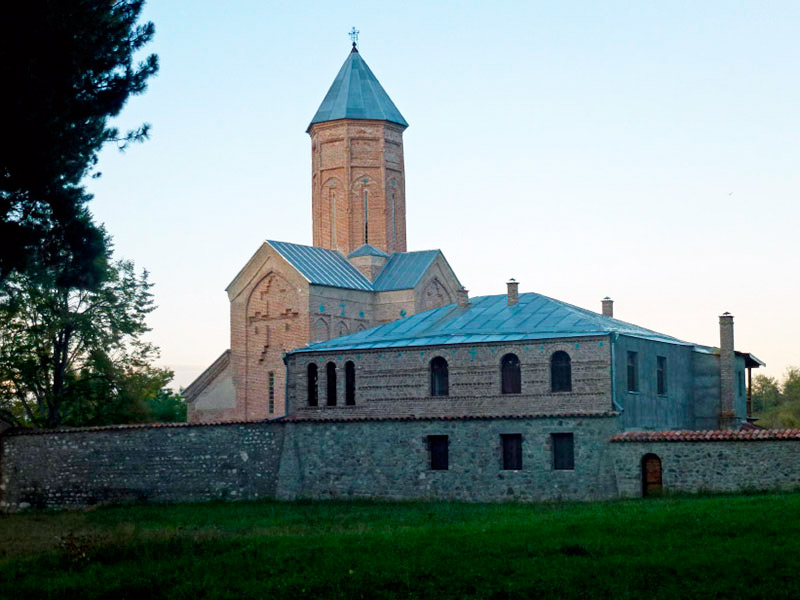 There are two monasteries in the village of Shuamta each of which once was important religious centers in Christian Georgia. Dzveli Shuamta (Old Shuamta) and Akhali Shuamta (New Shuamta) were built in different epochs and differ in the style of their structure.

Dzveli Shuamta or Old Shuamta consists of several temples built in the V – VII centuries. The very first of these structures is a small church in the foreground.

Akhali Shuamta or New Shuamta was built later, in the XVI century not far from Old Shuamta. The monastic complex consists of the church of the Virgin, the bell tower, and outbuildings. The new Shuamta is an active nunnery. The walls of the monastery are decorated with unique frescoes of the XVII century.