The Shio-Mgvime Monastery is located 9 km from the city of Mtskheta, high in the mountains, at an altitude of 750 m above sea level. The monastery was founded by the Monk Shio, who was one of the thirteen holy fathers arrived in Georgia to preach Christianity. Before the construction of the temple, Saint Shio lived in a cave, hence the name of the monastery “Shiomgwime”, translated as “Cave Shio”. 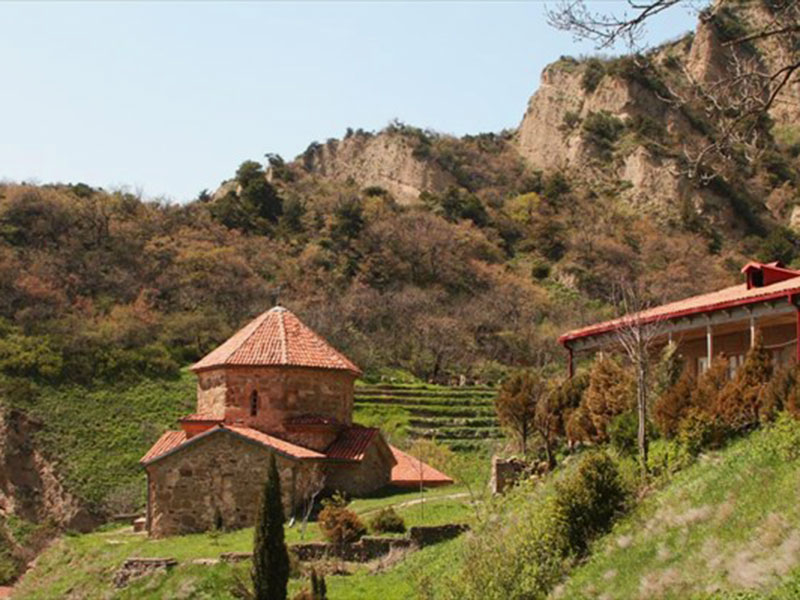 The first temple of John the Baptist was built in the VI century and Shio chose the place for the construction of the temple. In a short time, the monastery became the center of the religious life of the country.

The central temple of the complex Upper Church of Our Lady was built in the XII century. The walls of the monastery are decorated with rich frescoes of the XVI century. On the territory of the modern monastic complex is the very first church of John the Baptist, the temple of Jvari and the temple of Athena Zion, the belltower built in 1733, the refectory with the entrance to the crypt of Shio. Saint Shio is buried in a monastery, in a well, which was later turned into a crypt.