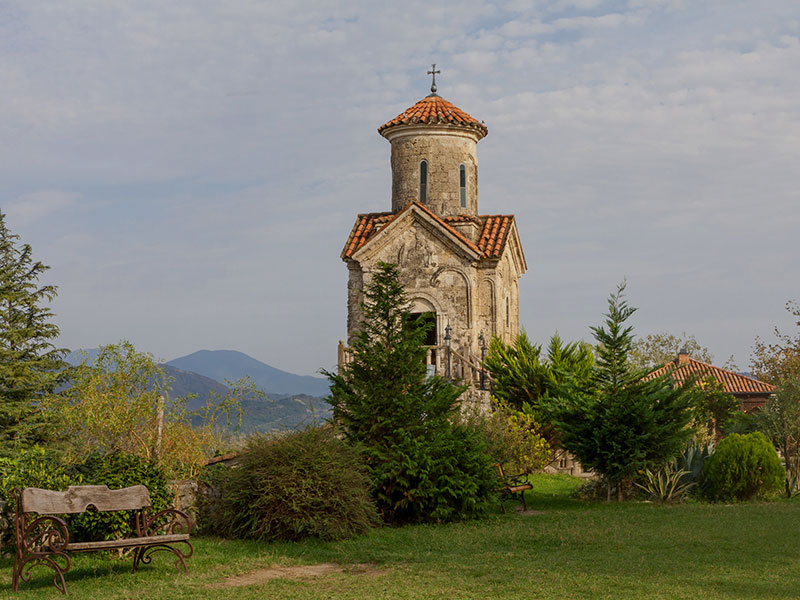 Medieval Martvili Monastery or Chkondidi is located not far from Martvili. The monastery dates back to the VII century and belongs to the tetraconchus temples. The original view of the church was changed after the invasion in 736. 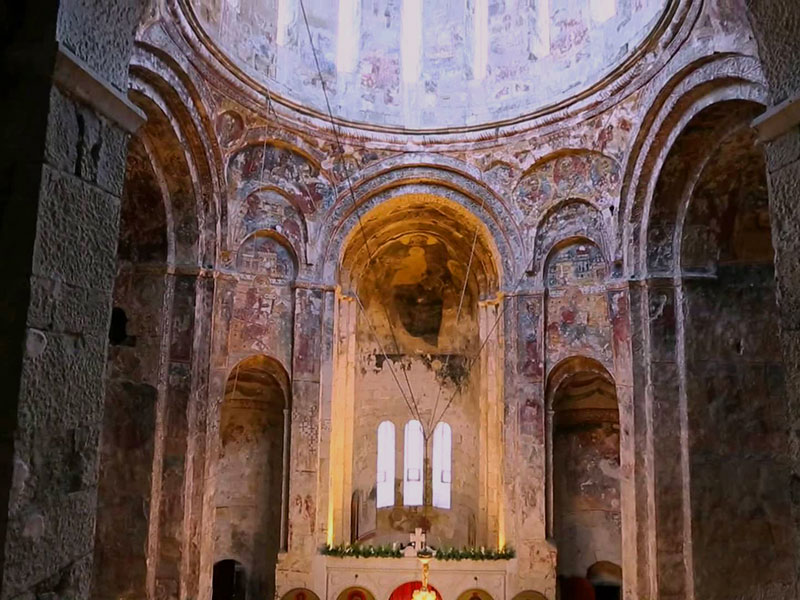 The monastery served as a burial vault for the Abkhaz kings and at one time was one of the main religious centers of the Megrelia region.

The main temple of the monastery is the Assumption of the Virgin that is perfectly preserved to the present day. The walls of the church are decorated with frescoes of the XIV – XVII centuries, which were partially damaged over the centuries. Initially, the temple had a small dome, which, after reconstruction, was replaced by a larger one.

To the northern part of the fence adjoins the X century church, with a burial found under the church. To the south-west of the central temple is a pillar of 20 meters height. The staircase leads to a small church. To the north-east of the temple there is located a chapel, which was built later.