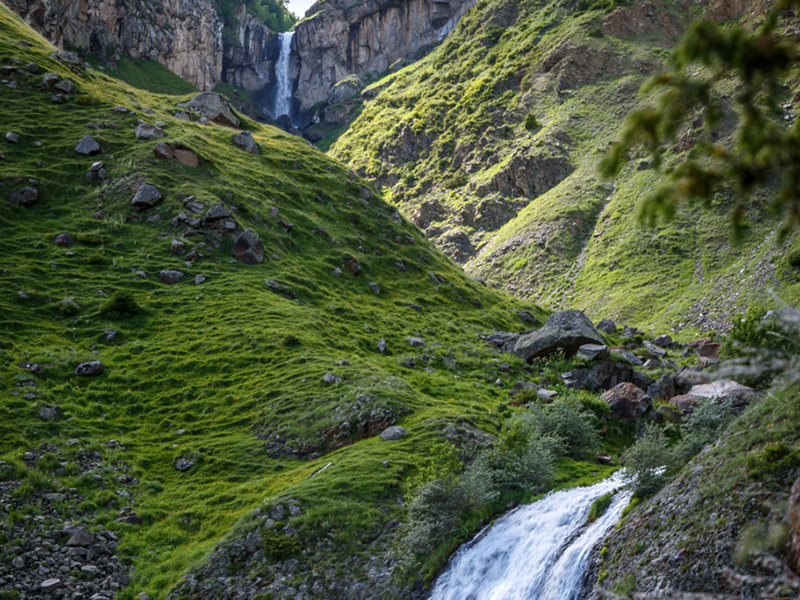 Kazbegi National Park is considered the most popular in Georgia, thanks to the most impressive views of mountain ranges. The park is located on the northern slope of the Caucasus Mountains, on the banks of the Terek River. Most of the territory is considered a reserved area.

The territory has been a reserve zone since 1976. Gradually, the area became larger, and now Kazbegi Park covers an area of ​​9030 hectares. The climate of the alpine park is rather severe. The lowest point is 1400 meters above sea level. The higher it is the more severe the climate is. At an altitude of 2000 meters and more, there is a snow layer all year round.

Kazbegi National Park is a popular tourist destination for trekking and camping.