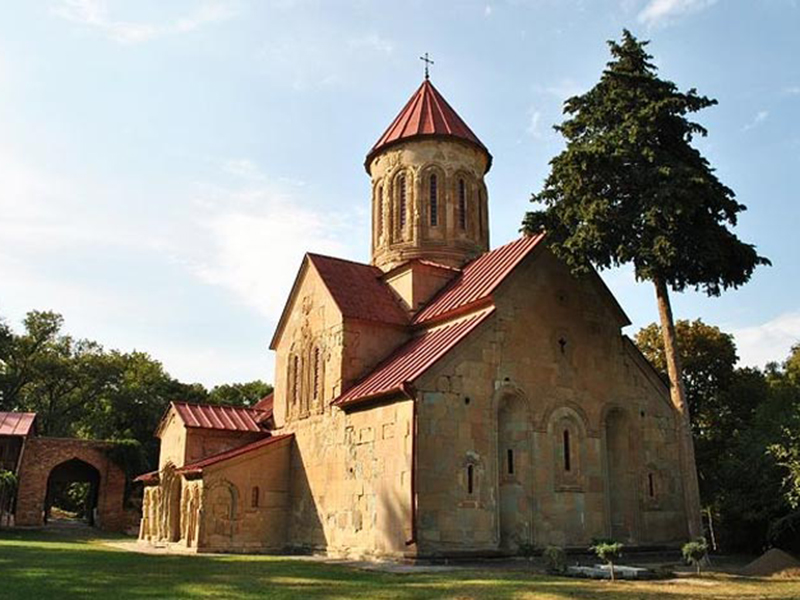 The Betania Monastery of the Nativity of the Mother of God has located 16 km from Tbilisi. The monastery was built during the rule of the Bagration family, in the “golden age” of Georgia. According to the legend, the place for the future monastery was chosen on a hill. Once the builders found that the stones of the construction had disappeared, and later they were found in the depths of the gorge. The builders considered that fact a sign from God and the monastery was built in a gorge.

The temple is richly decorated with frescoes and portraits of princes and Queen Tamara who often visited the temple for prayers and solitude. One of three portraits of Queen Tamara painted during her life is kept in Betania monastery. The monastery was empty for a long time, and only in the XIX century, thanks to the drawings of an artist, the monks of Diocese of Mtskheta and Tbilisi noticed the monastery and restored it. Now it is a working man’s monastery. In the temple there is absolute silence, it is not allowed to photograph and make noise there. The territory surrounding it is truly picturesque. There is also spring with healing water.