The nature of Georgia is characterized by its diversity and richness. The peculiar hallmark of the country is its mountains and, of course, their essential ornaments – rivers. Georgia has a rich river system, which consists of about 25 000 large and small rivers with a total length of about 55 000 km, which belong to the basins of the Black and Caspian Seas. At present, active leisure activities, such as rafting and kayaking – extreme sports, which are greatly relevant in Georgia due to the huge variety of mountain rivers have become increasingly popular among both the locals and the tourists. In this article, we want to introduce you to the largest and most important rivers of Georgia.

The Rivers of Georgia: Kura 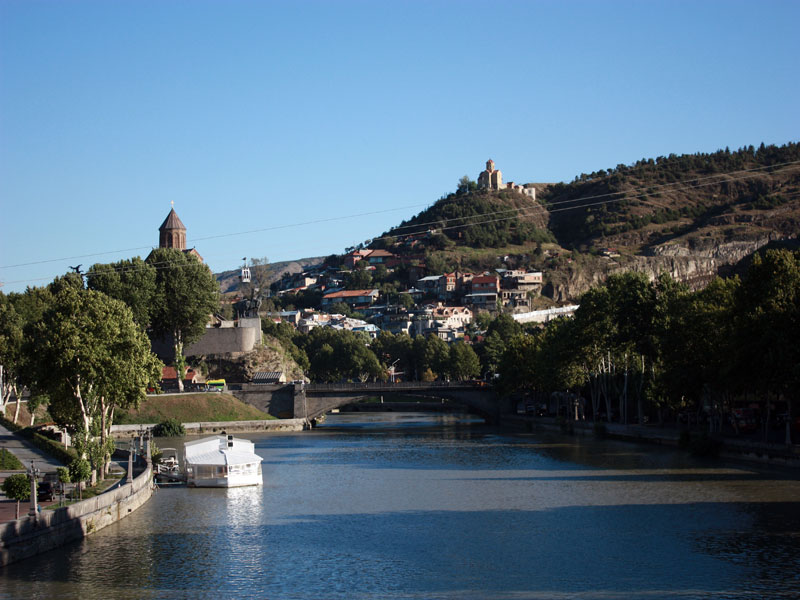 The Kura River, or Mtkvari in the local dialect, is the major and one of the most important rivers of Georgia. Translated from the Georgian Mtkvari means “good water”, while from the Mingrelian it means “river devouring the mountains”. Indeed, the Kura River originates high in the mountains, gnawing its way through numerous canyons and gorges that is why its waters are muddy. Stretching for about 1364 km, the river takes in other rivers and streams rushing down from the high mountains and flows into the Caspian Sea. The river is of great importance for the country: several large hydroelectric power stations are built on the river, its waters irrigate the field. The capital of Georgia Tbilisi together with Borjomi, Mtskheta and Gori, are located along the banks of the Kura River. The famous Bridge of the World loved by many guests of the capital is built across the Kura River.

The Rivers of Georgia: Aragvi 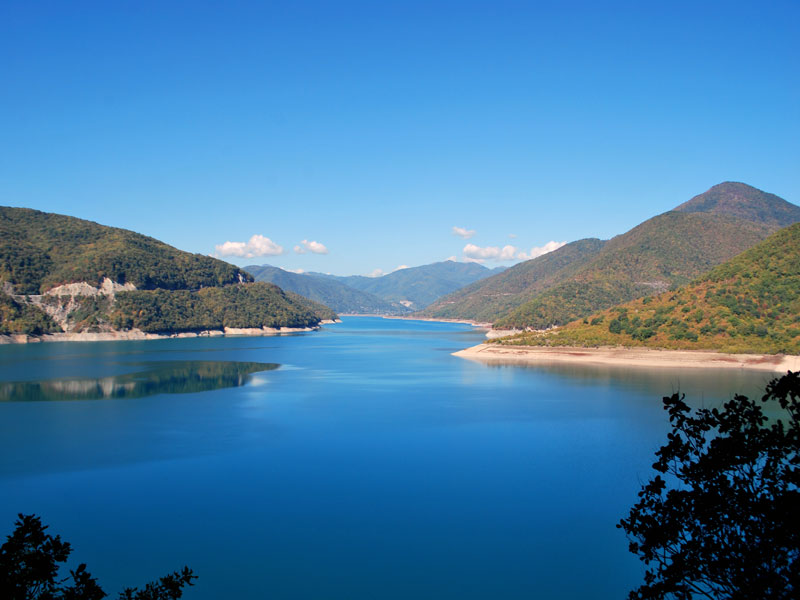 It is simply impossible to not fall in love with the charming nature of Georgia, with its rivers and mountains! Aragvi River is one of the most popular in the country. It flows along the picturesque Georgian Military Road in the east and merges with the Kura, forming its largest tributary. The river is 66 km. Ground layer mainly consists of sandstone, limestone, and slate. The Zhinvali dam with its 130 MW hydroelectric power station, which generates most of the electricity in Georgia, is situated on the Aragvi River. The Zhinvali Reservoir built-in 1986, is also situated on the river with the old Ananuri castle and the Church of the Assumption dated back to the 17th century rising above its northwest coast. At the confluence of the Aragvi and Kura is the ancient capital of Georgia Mtskheta and Zedazeni monastery, dating back to the 6th century, where the events described in the famous poem by MU Lermontov’s “Mtsyri” took place. Famous Russian writers such as Pushkin, Lermontov and Griboedov charmed by its beauty have repeatedly praised the Aragvi River in their writings.

Aragvi River along with its tributaries – White Aragvi, Black Aragvi and Pshavi Aragvi is extremely popular among the fans of extreme relaxation. The river offers great opportunities with varying levels of complexity for rafting and kayaking. Every year thousands of athletes and tourists travel to Georgia in search of adventures in the stormy waters Aragvi.

The Rivers of Georgia: Rioni The Rioni River is considered not only one of the largest rivers of Georgia, but the largest one in the whole South Caucasus. The name of the river in ancient treatises of Hesiod, Virgil, Socrates is referred to as the Phasis. Translated from the Svan dialect “Rien” means big river. Its length is 327 km. Rioni originates from the slopes of the Greater Caucasus, flowing near Kutaisi and further along the Colchis Plain. The river belongs to the Black Sea basin and flows into the sea near the town of Poti. The river is of great economic importance for the country: its water is used for irrigation, 5 hydroelectric stations are installed on the river. Rioni’s flow is extremely rapid and kayaking or rafting on the river can be quite dangerous to live.

The Rivers of Georgia: Terek The Terek River originates in the North Caucasus, on top of a giant Kazbek at an altitude of 2713 m above sea level. It flows not only on the territory of Georgia but also in Russia. The river runs along the colourful and picturesque Georgian Military Road and Daryal Gorge, falling into the Caspian Sea. Waters of Terek are turbulent and rebellious, that is why it is associated by many poets and travellers as a symbol of freedom, struggle and brave spirit.

The Rivers of Georgia: Inguri The Inguri River forms one of the most beautiful and picturesque landscapes in Georgia. The river originates in the mountains of the Greater Caucasus, flowing through the territories of Abkhazia and Georgia stretching for about 213 km. Inguri belongs to the Black Sea basin. The largest hydroelectric dam in the Caucasus is built on the Inguri River. This area being a military-strategic and strictly protected object is nevertheless popular among tourists. Visitors are allowed with a pass, but to get to the dam, you will need to do quite a long way, as cars are prohibited to enter the territory. Inguri is a mountain river, however, its waters, unlike other mountain rivers, are not muddy, and are extraordinarily beautiful sky-blue colour. The Inguri River, as sublime and inaccessible as the Svans are the pride and symbol of the Svaneti region.