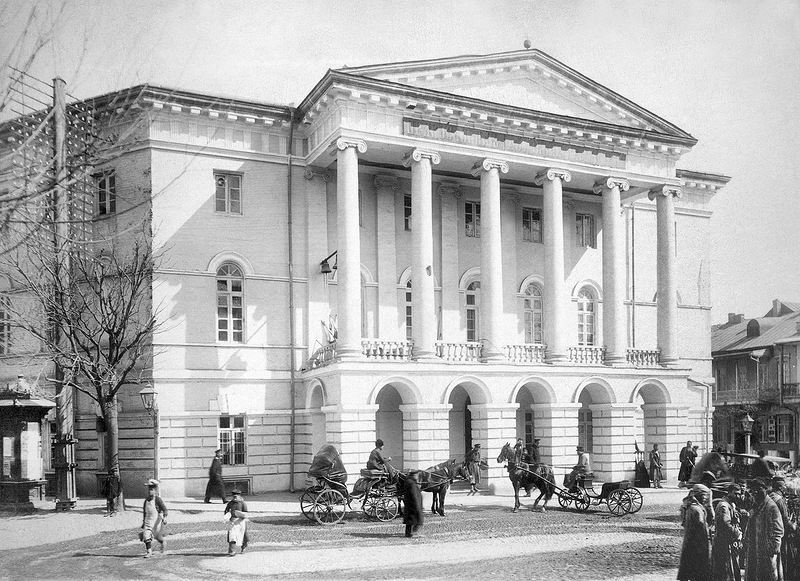 Georgia is situated at the crossroads of East and West and this fact explains its rich cultural diversity, in which the Eastern and European motives, being intertwined with each other for centuries, have given the country a unique charm and flavor.

We invite you to visit Georgia, a country known for its hospitality, fabulous traditions, ancient history, and great cultural heritage. There are many countries that claim to be “open air museums” in the world. Among them can be safely mentioned Georgia, along with Armenia, Italy or France. The capital of Georgia Tbilisi in itself is one big museum with many ancient buildings, antique temples, and cozy streets.

In this article, we want to take you on a virtual tour around Tbilisi museums during which you can learn a lot of interesting and useful information.

The chain “Georgian National Museum” was established in late 2004, setting a goal to preserve the rich, authentic content of the nation’s cultural heritage. It is an association of 13 independent museums and two research centers united into a single network. Today it is the largest museum complex in the country. The main building of the chain is located in the heart of the capital, on the Shota Rustaveli Avenue, 3. “The Georgian National Museum” presents the world-significant art collection and dynamic, changing exhibitions, providing the audience with inspiration and knowledge about the amazing world of culture, art, science, and education. Below we present each of the museums in particular.

Museums of Tbilisi: The Museum after S.Dzhanashiya

The museum was created in 1852 with the cooperation of the Caucasus department of the Imperial Russian Geographical Society. In 1867, it was reformed the Caucasian museum on the initiative of the German scientist Gustav Radde. And finally, in 1919, after gaining independence, the museum acquired its present name. The museum currently accommodates a unique collection of the history of the mankind, from the remains of animals aged about 40 million years to rich archeological and ethnographic collections from the Paleolithic, Neolithic, Bronze, Iron and Middle Ages. One of the most amazing artifacts in the museum are the fossilized remains of the prehistoric man Homo Ergaster, which was found in Dmanisi and whose age is 1.8 million years old.

This, according to some scientists, is the first sign of human existence outside of Africa. The museum also houses a unique collection of ancient inscriptions in cuneiform inscriptions style of Urartu. Another part of Urartu cuneiform tablets are kept in the museum of “Erebuni” and the main History Museum of Armenia.

Currently, you can enjoy permanent exhibitions as well as temporary expositions held at the museum. Among the most famous expositions can be noted the “Archaeological treasury” with its famous “Golden Fund”. The exhibition presents the development of three periods in the history of Georgian jewelry art from the 3rd century BC to the 4th century AD. Ancient gold and silver items, jewelry and other ritual objects found during excavations in the rich burial mounds of prominent members of society in ancient Kartli, Kakheti and Trialeti, are presented at the exhibition. Visitors have the opportunity to examine more than 600 items – gold and silver tiaras, hats, temple ornaments, earrings, bracelets, necklaces and rings, decorated with precious stones, and gold, silver and glass vessels, small statues, ritual items, weapons, and so on.

The National Gallery of Georgia, known as the “Blue Gallery”, was formed in 1920. Dimitri Shevardnadze, a well-known Georgian artist, has made a significant contribution to the development of the gallery. Since its founding, the gallery served to the progress of Georgian art. Currently, the gallery is one of the central exhibition halls of the National Museum, where you can find permanent exhibitions such as “Masterpieces of Georgian fine art of the early 20th century.” More than 30,000 pieces of contemporary Georgian art (painting, sculpture, graphic and decorative arts), as well as works by the world famous Georgian artists of the 20th century such as Niko Pirosmani, David Kakabadze, Lado Gudiashvili are stored in the museum collections. There you can also find a souvenir shop, a cafe, where you can share your impressions over a cup of coffee.

Tbilisi History Museum was founded in 1910. Since 1984, the Tbilisi History Museum has been located in a renovated historic building Caravanserai that represents the historical role of the city as one of the main shopping centers of the Silk Road. The museum contains about fifty thousand artifacts. They reflect Tbilisi history from the end of the 4th millennium BC to the present day. The museum has archaeological, ethnographic and archival materials, a rich collection of photographs, as well as exhibits of national applied art. A number of unique works of art are also preserved in this museum. Along with the old works, the museum also exhibits works of modern art. Since 1986 periodic exhibitions of works by Georgian and foreign artists are held.

The Open Air Museum is located in Tbilisi, near the park of Vake, west to the “Turtle Lake”. It occupies about 60 hectares of land and is a mini-model of Georgia, which includes about 70 buildings, reflecting the life and ethnic identity of the 14 regions of the country. The museum is one of the most unique in Georgia: you can physically “travel” around almost every region of Georgia for a few hours without departing from the capital and learn about the architecture, ethnic culture, and traditions of different regions (Kartli, Kakheti, Samegrelo, Imereti, Racha, Ajaria, Svaneti, Samtskhe-Javakheti, etc.). Along with samples of folk architecture, the Museum houses objects of traditional crafts (carpets, traditional clothes; metalwork, ceramics, wood, etc.). Visitors can independently explore the territory of the museum, as well as book guided tours. 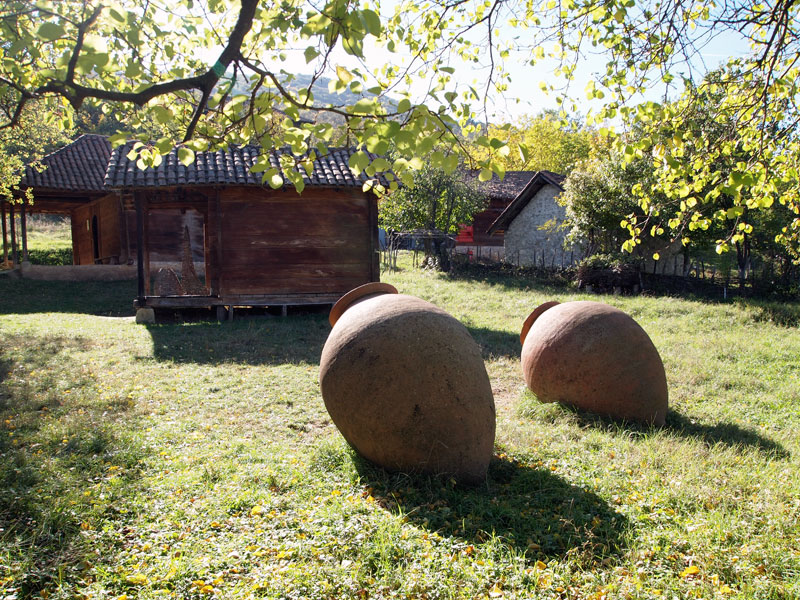 The museum provides visitors with a relaxed atmosphere and tranquil settings so that they can fully absorb the Georgian flavor through various folk exhibitions and festivals organized throughout the year. The museum operates a fancy authentic restaurant, where you can enjoy the Georgian cuisine and breathtaking views of Tbilisi.

We have presented the most interesting and must-visit Tbilisi museums. We believe that it is better to see once than hear or read a hundred times. We will help you organize your cultural holiday and invite you to Georgia to experience the holiday full of an extraordinary adventure that will stay in your memory forever!

Choose the Tour to Georgia you like the most and tour-operator MyGeo will organize your amazing Holiday in Georgia. Travel to Georgia with MyGeo.