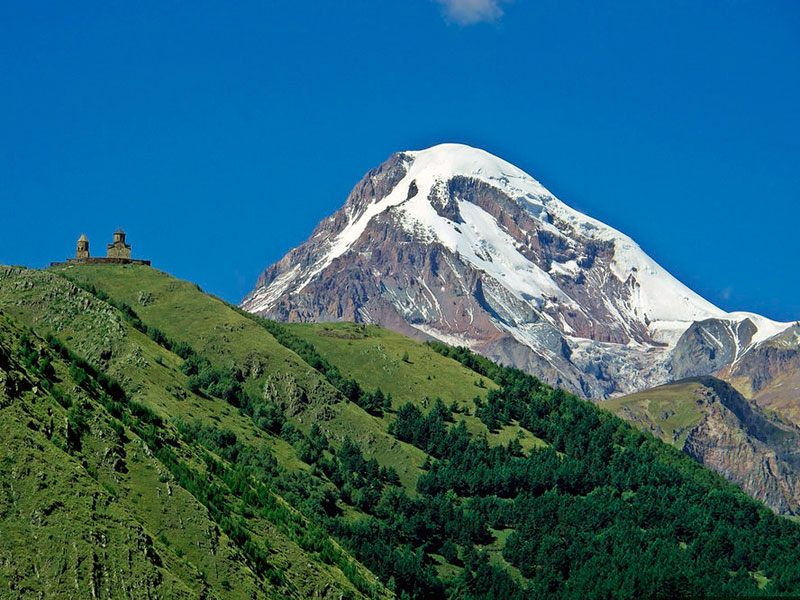 Mount Kazbek is the most famous and loved by tourists mountain peak. By its height Kazbek only takes the 3rd place in Georgia (5033 meters) and the 7th among the peaks of the Great Caucasus, but despite this, Kazbek stands out as the symbol and hallmark of Georgia. According to geoscientists Kazbek was once an active volcano, which decayed by long before the Georgian statehood. Climbing and hiking to Kazbek is extremely popular among tourists and travelers first of all because of its easy accessible area: to enjoy the mountain and the magnificent scenery you only need to take just a two-hour trip from Tbilisi along the picturesque Georgian Military Highway. It is believed that to see the top of the old giant is a great success, because usually it is hidden behind the clouds. At the foot of the mountain there is located the village of Stepantsminda, former Kazbegi, 10 km from which lies the Russian-Georgian border. Travelers can climb to the most favorite and must-visit touristic sights – the Gergeti Trinity church located on a smaller peak at the foot of Mount Kazbek, which offers spectacular and breathtaking views of the surrounding area. The church is notable for the fact that there had once been kept the cross of St. Nino – enlightener of Georgia. And the most desperate fans of extreme sports can climb through the eternal glaciers and permafrost to the top, which usually takes 2-3 days. On the way to the top, at an altitude of 4100 meters, you should definitely make a stop at the famous and unique monastery of Betlemi (4-5 century AC), carved into the rock. In fact this Monastery is a cave, the walls of which are painted images of saints. Many legends are connected with the Betlemi monastery, which is considered by far the most high-mountain Christian church in the world. 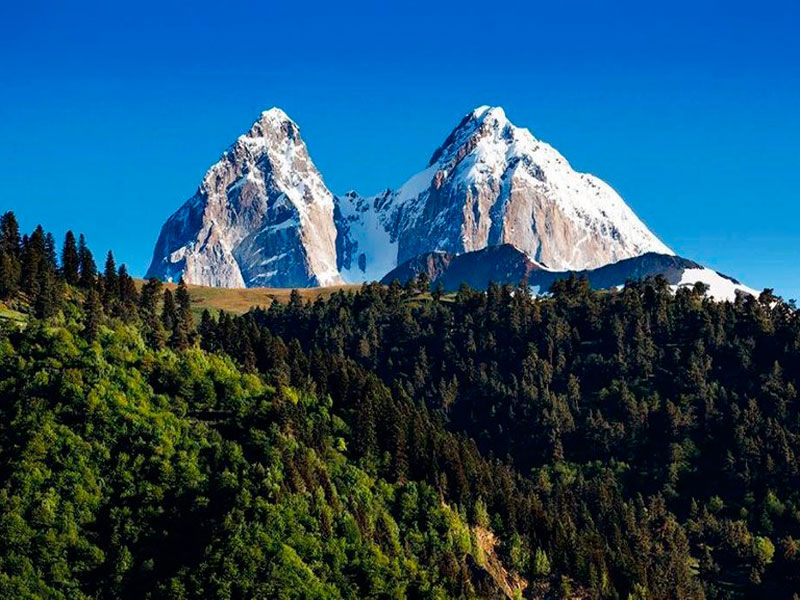 The peak of Ushba is located in Upper Svaneti and is considered one of the most renowned peaks of the Greater Caucasus, despite its relatively diminutive size, which is about 4700 meters. This mountain is surrounded with aura of mystery and majesty. Ushba is translated from Svan dialect as “bringing trouble”, and in Georgian it means “witches sabbath”. Ushba has 2 spiky granite peaks covered with snow and glaciers. No accident that the mountain got its name: from the perspective of mountaineering Ushba is considered extremely difficult. Many climbers have said goodbye to life during trips, which is why it is also known as a mountain-killer. At the foot of the mountain is located the center of Svaneti Mestia. This is a unique in-kind settlement, which preserved medieval Svan houses with watchtowers, included in the UNESCO World Heritage List. 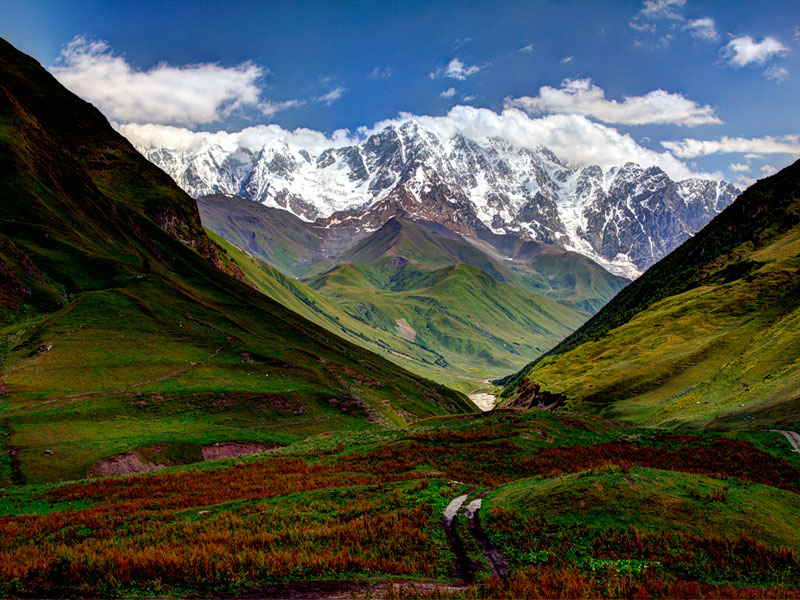 Another well-known and the highest point of Georgia – Shkhara, is also located in the region of Upper Svaneti. Shkhara has 3 peaks, the highest of which is approximately 5200 meters. Translated from the Georgian Shkhara means «striped mountain». Shkhara as Ushba is a technically difficult mountain, only experienced climbers with professional equipment are able to conquer it. If you are not a professional climber, do not despair. We encourage you to visit the village Ushguli – the second highest mountain village of Europe and combine business with pleasure. Ushguli, like all Svan community, is known for its unique towers preserved from the Middle Ages. 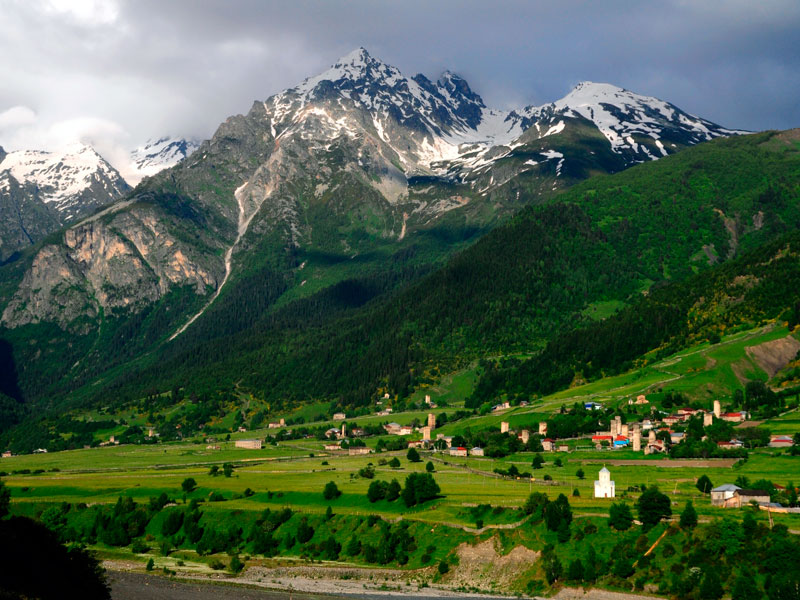 Finally, we reached the third highest peak of Svaneti Tetnuld. Its height is 4870 meters.The mountain’s name means “white top”.  Tetnuld’s peak is almost always hidden by fog. There is a beautiful legend according to which Ushba falls in love with Tetnuld but Tetnuld being very shy always hides her face in the mist, like a blanket.

On the slopes of Tetnuld the Georgian government has planned and has already successfully launched the construction of the new modern ski resort Tetnuldi. Tetnuldi must attract thousands of winter sports enthusiasts thanks to its unique virgin slopes and great opportunities for freeriding in the vast expanses of uninhabited mountains.