Monuments and Sculptures in Tbilisi

One of the most picturesque cities of the Caucasus, Tbilisi, attracts and admires with its interesting history and colorful architecture. Today we want to take you for a small virtual walk you through the most famous parks of the capital and tell you about popular monuments and sculptures, each of which has its own history:

As one of the most important symbols of Georgia, “Mother of Georgia” embodies the spirit of the nation: in her left hand she holds a bowl of wine to greet friends, and in the right hand – a sword for the enemy. 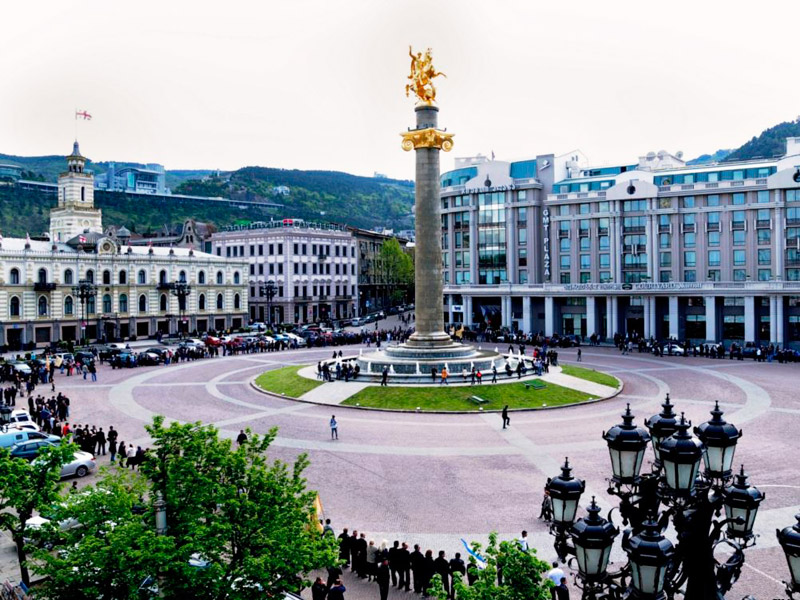 In the main square of the capital, there is another symbol of the city, the monument to St. George the Victorious. This sculpture, dedicated to the protector of Georgia, was presented to the city by the sculptor Zurab Tsereteli in 2006.

The monument strikes with beauty and grandeur: the height of the monument is 40 meters, and the weight is no less than 27 tons. The monument is located on the site of the monument to Lenin, but neither the size nor the luxury of an old monument can be compared with a huge statue of St. George. For the new year holiday, the monument turns into a modern luminous Christmas tree, and instead of the star, St. George himself decorates the crown.

Monuments and Sculptures in Tbilisi: The heroes of “Mimino” movie

In the old district of Tbilisi, Avlabari, there is an interesting monument dedicated to the heroes of the film “Mimino”. The dialogues of this oh-so-beloved Soviet film have already become idioms and no surprise that movie heroes have got their own monument. The author is Zurab Tsereteli, who tried to fully convey the spirit of the film and captured the legendary heroes: Valiko Mizandari (Vakhtang Kikabidze), Rubik Khachikyan (Frunzik Mkrtchyan) and Ivan Volokhov (Evgeny Leonov). In the center of the composition is pictured the director, Georgy Danelia.

The opening of the monument was overcrowded, Vakhtang Kikabidze, locals and guests from neighboring countries were present. Unfortunately, the other characters of the film are no longer alive.

Monuments and Sculptures in Tbilisi: Berikaoba

The sculptural composition of Berikaoba depicts the Georgian folk theater of masks. Berikoba was performed before our era on the pagan holiday of abundance. After the adoption of Christianity, Berikaoba’s performances were held on Easter, other religious holidays and at weddings.

Walking along the main streets of Tbilisi, literally on every step you will see interesting modern sculptures that you’d like to see closer. In many parks of the capital, there will always be at least ten unique sculptures, theater entrances are also decorated with examples of contemporary art. 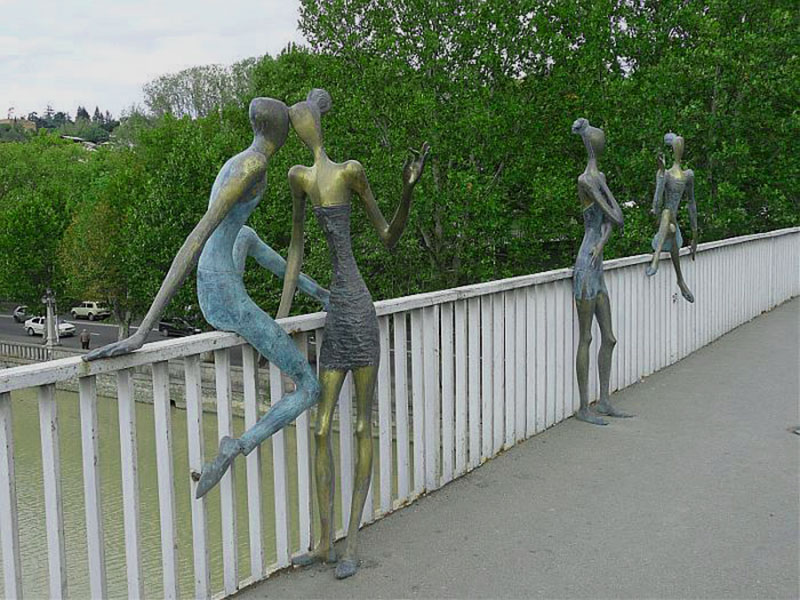 Not so long ago Baratashvili’s unattractive motor transport bridge in Tbilisi was of no interest, but in 2008 the situation radically changed: the original sculptural composition Youth by Giorgi Japaridze is exhibited on the bridge. Sculptures are more interesting from a distance: a kissing couple, a girl running towards the suicider, a man staring into the distance, a photographer, etc. Now this place is considered a real landmark of the city – both locals and tourists come to see interesting bronze “inhabitants” and make funny photos. At the moment due to the poor condition of Baratashvili Bridge, it is under reconstruction, therefore access to many sculptures is temporarily closed. 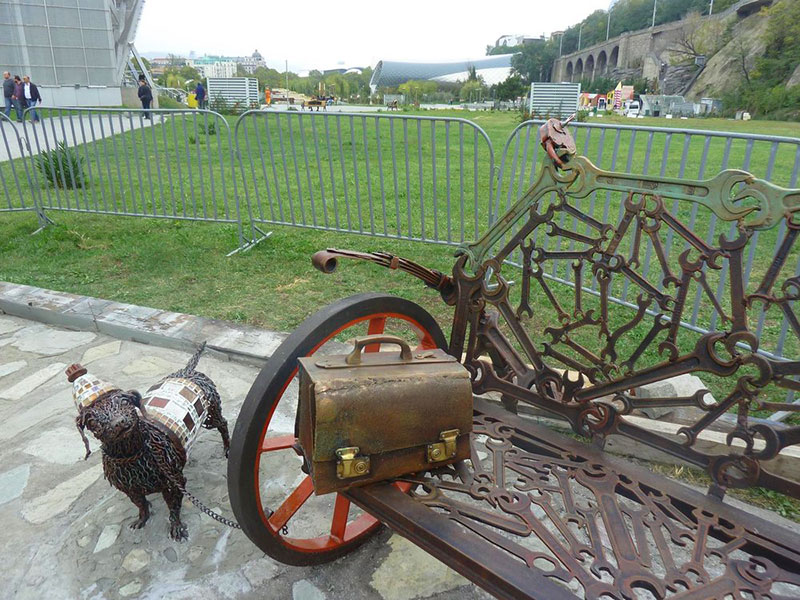 Another collection of unique and modern sculptures is located in the park on Rica Square. Looking closer, you can see the details of unusual sculptures: iron wastes have become unique details for a tree, a dog, a bench, etc. The park is famous not only for unusual sculptures but also for musical fountains, huge chess, a labyrinth and a children’s playground.