Sated enough with gastronomic wonders and wonderful Georgian wines, it’s time to think about the food for the soul! The capital of Georgia, Tbilisi, once was called “Small Paris”. Indeed, the spiritual and cultural life is rich and varied: in the city are always held interesting festivals, cultural events, theater performances, and concerts. We want to introduce you to the places where you can spend an unforgettable time and to plunge into the cultural life of Tbilisi with some Georgian flavor. 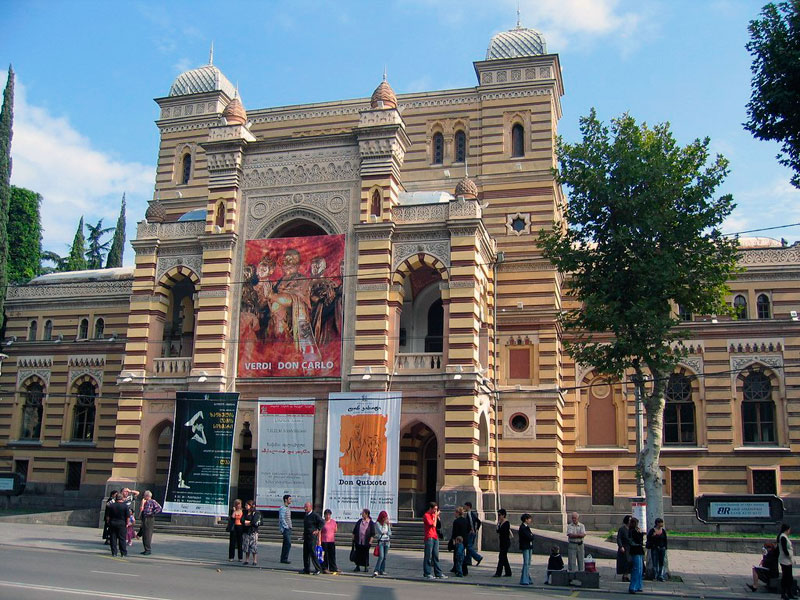 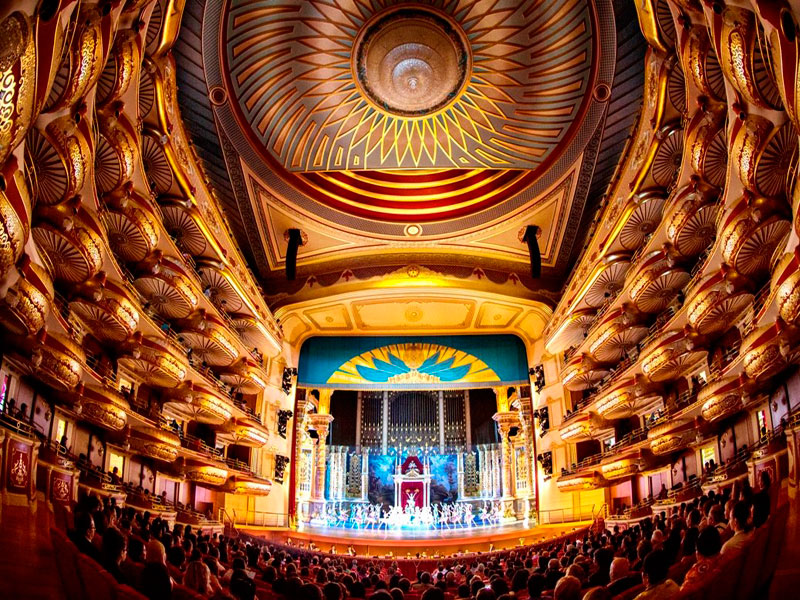 Georgian National Opera and Ballet Theater, formerly known as Tiflis Imperial Theater, was founded in 1851. Tbilisi Opera House is the main opera house of Georgia and one of the oldest of such kind of institutions in Eastern Europe. The theater was built in 1896 by a famous architect of German origin. The interior and exterior of the building were originally designed in exotic neo-Moorish style, but the layout of the building, the foyer, and the main hall are typically maintained in common European style of the opera house.

In 2016 theater after six years of reconstruction, the grand opening of the theater took place, the final result of which did not disappoint the audience: the work was carried out carefully over every meter of the building, maintaining the original oriental style.

Tbilisi Opera is located on the cultural artery of the city – Rustaveli Avenue. The main architectural monuments of the country and a large number of boutiques, galleries, restaurants and art cafe are concentrated within the avenue. The Georgian National Opera and Ballet Theatre performs annually with programs in Russia, Ukraine, Armenia, as well as in several European countries. In recent years, the theater featured such world-famous opera stars like Montserrat Caballé and José Carreras. The opera house also serves as a venue for the traditional national holidays and presidential inaugurations. 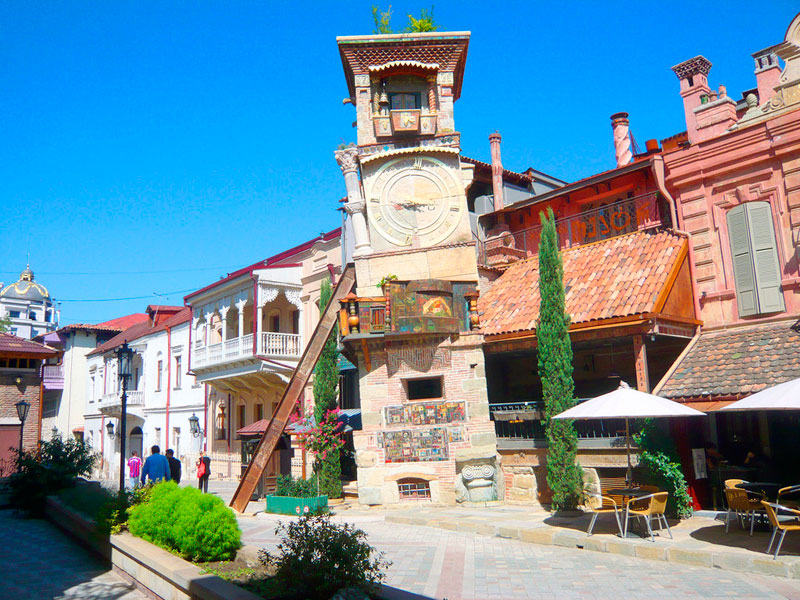 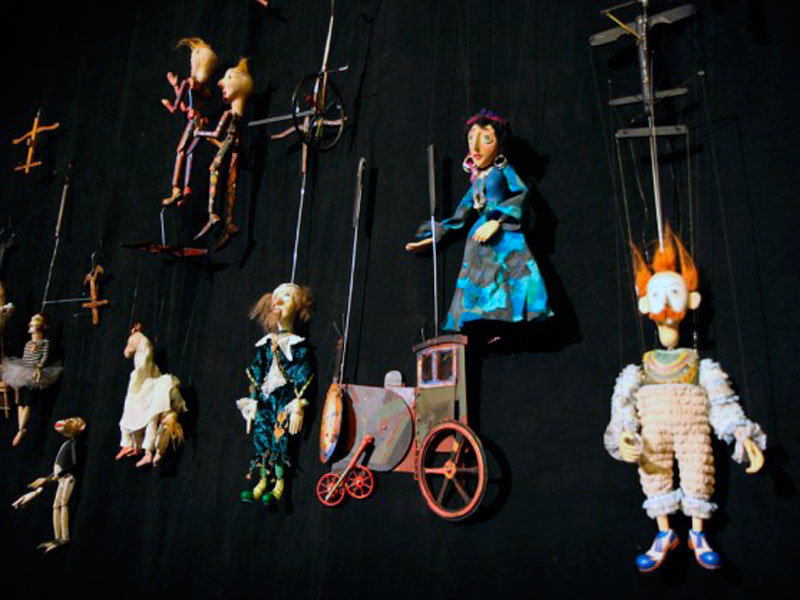 This unique Marionette Theatre has been created by the Georgian multi-talented Artist, painter, filmmaker and stage director, writer and sculptor Rezo Gabriadze. The master comes from Kutaisi. Gabriadze is the co-author of such famous Soviet movies like “Mimino”, “Kin-Dza-Dza”, “Three on the Road”, etc. Rezo Gabriadze is pride and national heritage of Georgia, whose contribution to the country’s culture is invaluable.

Disappointed with the lack of intellectual freedom during the Soviet times, Gabriadze turned to the puppet theater as a way to express his dramatic stories and feelings. In 1981 he founded Gabriadze dramatic puppet theater in the old part of Tbilisi. His performances “Alfred and Violetta”, “The Autumn of Our Spring”, “The Emperor of Trebizond’s Daughter” and “The Battle of Stalingrad” brought international recognition to the theater. Puppet shows, full of depth and meaning, won the respect and recognition of international audiences and critics. Since then, the theater of Gabriadze tours around the world. Despite its modest size, designed only for 80 spectators, the theater is the leading cultural institution in the country.

The building is located in the center of the old town. At the entrance to the theater, there is a small cozy art-cafe Gabriadze created by the master himself. Currently, you can enjoy the most famous and beloved by the audience performances: “Stalingrad”, “Autumn of Our Spring”, “Ramona” and “Brilliant Marshal de Phantom”. 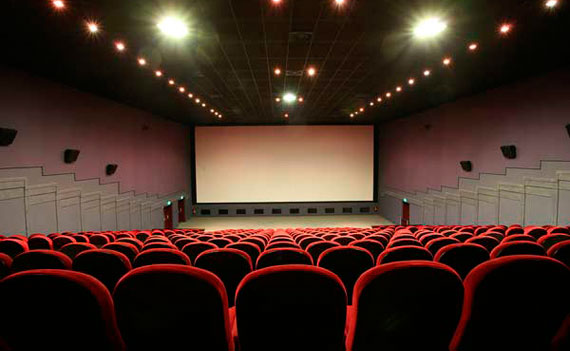 Rustaveli Cinema is the main cinema of the capital. The Cinema is located on Rustaveli Avenue in front of the Georgian parliament. The Cinema was opened in 1939 and was calculated for the audience as big as 1200 seats. It was designed by architect Nicholas Severov in the Stalin-era architecture style. In 1999, Rustaveli Cinema has been renovated and re-opened on July 11, 1999 with the double capacity and 5 cinema halls. The Cinema meets international standards and is equipped with 3D and Dolby Digital technologies. The building houses a family entertainment center “Madagascar”, shops, cafés and a snack bar. Ticket price for day sessions is 5 GEL, and for evening sessions – 10-15 GEL. 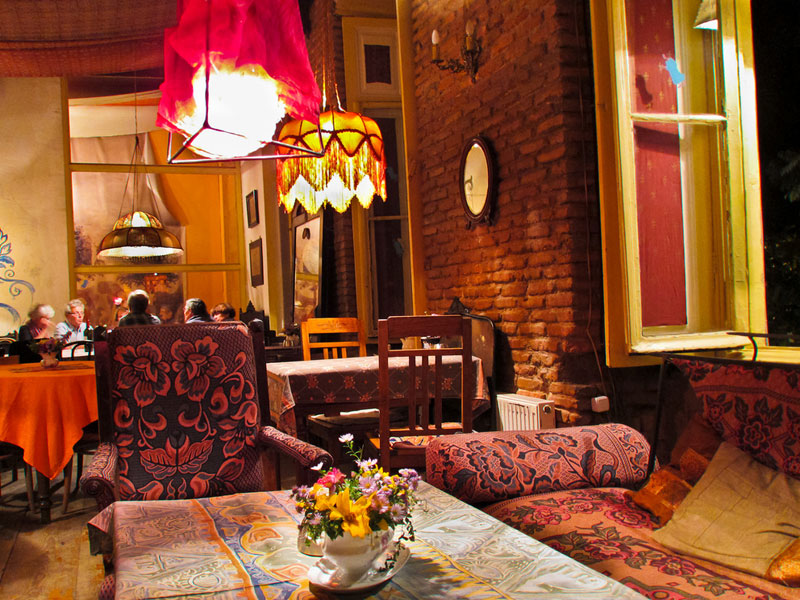 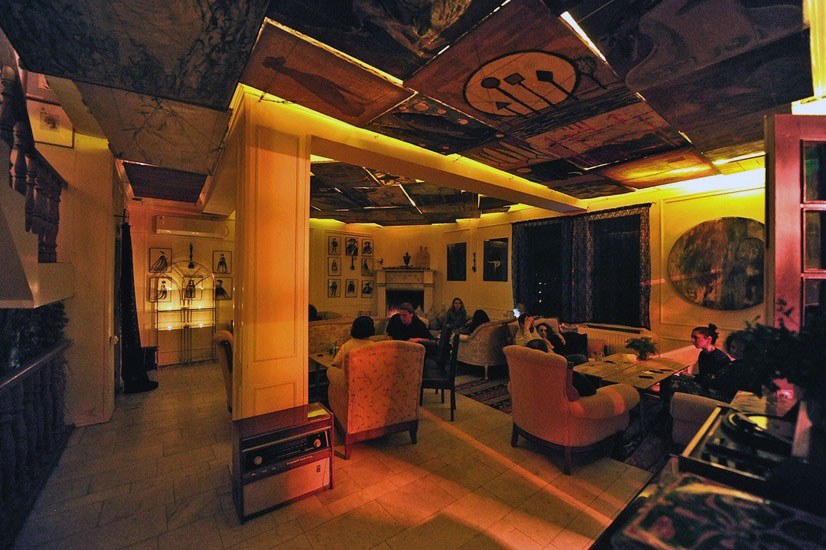 Want to get the most complete picture of Tbilisi? Then imagine any Italian town under the influence oriental culture, lost in the depths of the Caucasus Mountains! For travelers, a great way to learn, to experience the full flavor of the capital and the true essence of Georgia is best done by visiting the small, cozy art-cafes. These sites illustrate the culture better than any other museum. Hidden in the yards and streets, far from the main tourist destinations, they are difficult to find.

Everyone who has ever visited this extremely atmospheric place falls in love with it. Within the walls of the cafe is hovering a real creative spirit thanks to the vintage design. Pur Pur is situated on the 2nd floor of a house in a small courtyard with a fountain and is reminiscent of an old antique house in the bohemian style. The restaurant provides live music mainly jazz and blues from 21:00 until late at night. It serves European cuisine, excellent desserts, and of course, the classics of the genre – the wine! Bill is above average, but the restaurant is worth all the money spent.

If someday you ended up by chance in the Armenian district of Tbilisi, Avlabari, on the street of Betlemi 27, do not hurry to leave, but simply climb exactly 144 steps up the steep stairs, and voila, you’re in one of the most bohemian and favored spots of the city! The cafe is located on a small hill, to which exactly 144 stairs lead, hence, the name has been created. The 144 Stairs offers an excellent combination of food for both the body and the mind. The restaurant is owned by an art curator, who turned part of the cafe into a gallery, which exhibits the works of young Georgian artists and their more senior teachers from the famous “Generation 90”. With the advent of warm days, you can enjoy live music and a hookah on the terrace, which offers breathtaking views over the night Tbilisi.