The Christian faith is an integral part of the Georgian culture and history. Different branches of art, such as architecture, literature, art and religious music – a unique church choral singing called Georgian polyphony, which can be heard only in the Georgian churches, have descended and developed exactly on the basis of Christianity. The proof of that is numerous ancient temples and churches with old icons and frescoes, which were built and created in Georgia with the adoption of Christianity and survived from time immemorial, attracting thousands of tourists from around the world. Today we want to tell you about the history of the adoption of Christianity in Georgia and introduce you with the main Christian ceremony -the sacrament of baptism in Georgia.

Baptism in Georgia: The Adoption of Christianity in Georgia 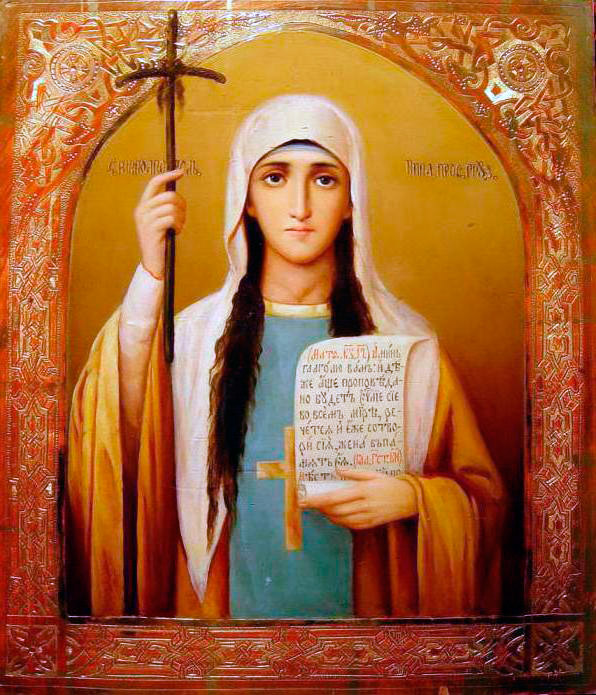 Georgia is one of the first countries in the world, and if to be more precise, the second after Armenia that adopted Christianity as the state religion. The adoption of Christianity in Georgia is widely associated with the name of St. Nino, thanks to which the teaching of Christ spread throughout the ancient Iberia. In 337 AD, during the reign of King Mirian III, Christianity was declared the state religion of Iberia, or Kartli as Georgia was called in ancient times.

The name of St. Nino is linked to many legends. She is one of the most illustrious and admired saints in Georgia today. Despite the many legends, there is still a lot of unknown and nearly no reliable facts about the spread of Christianity in Georgia during the 4th century. According to a legend, St. Nino was the enlightener of Georgia. She was the daughter of the Roman general Zabulon from Cappadocia, who was accounted for a relative of St. George, the patron saint of Georgia. Her parents, who professed Christianity, sold all their possessions, gave to the poor and moved to Jerusalem, when Nino was 12 years old. Later Nino was left in the care of her nurse, who instilled in her a love for the teachings of Christ.

According to the legend, once Nino had a sacred vision in which Virgin Mary gave her a cross made of the vine and bequeathed to spread the teachings of Christ in Iberia. With the help of miraculous healings, she was able to turn a pagan king of Iberia Mirian III to Christianity. King Mirian, whom Nino healed from blindness, ordered the construction of the first Christian church in Iberia, in the place where now stands the Cathedral of Svetitskhoveli in Mtskheta. Nino continued her missionary work among the Georgians until her death. St. Nino has become one of the most venerated saints of the Georgian Orthodox Church and her attribute – a Grapevine cross, is a symbol of Georgian Christianity. In Georgia, June 1 and January 27th are the holidays of Ninooba – solemn commemoration of St. Nino’s Advent and blissful death.

Baptism in Georgia: The Epiphany 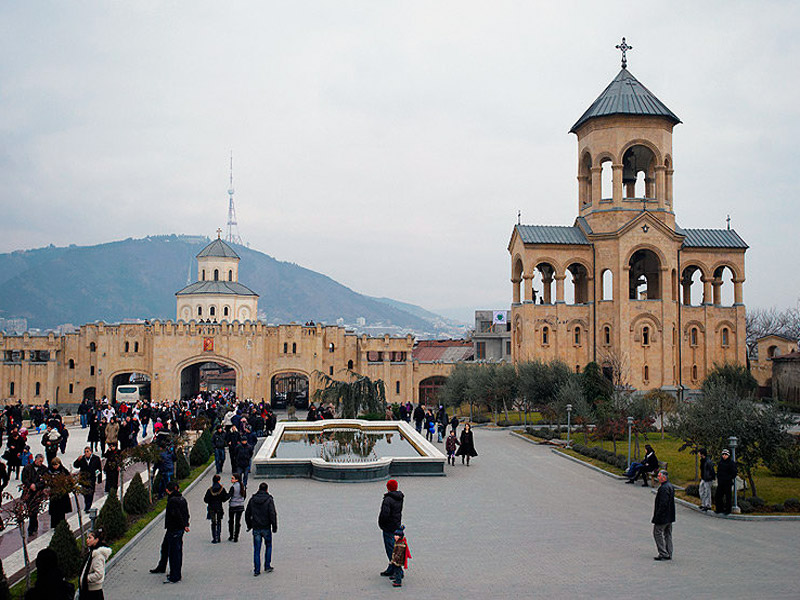 On January 19, the Georgian Orthodox Church solemnly celebrates one of the most significant religious holidays – the Epiphany. This religious holiday is equated to public holidays, which means it is a non-working day. On this day the whole country has a rest. In all the churches of the country, solemn services are carried out under the patronage of the Patriarch of All Georgia Ilia II. On this day the sacrament of the consecration of water is performed. It is believed that consecrated water heals diseases and brings prosperity to the house, so after the service, the faithful are in place for the holy water.

A lot of traditions and customs are connected with the day of the Epiphany. One of them is a mass baptism of infants. For the first time, this custom has appeared thanks to Patriarch of All Georgia Ilia II in 2008. Ilia II is one of Georgia’s most influential leaders. The idea of mass baptism carries not only a religious message but also aims at helping to stimulate the low birth rate in the country and bring the country out of the demographic crisis. After all, having the Patriarch as the Godfather of a child is a big honour for every Georgian family. For today, Patriarch Ilia has about 25,000 of godchildren!

Wedding ceremony and baptism are one of the most popular sacraments of the Georgian Orthodox Church. In Georgia, it is accepted to baptize children on a fortieth day after the birth, as the Bible says it is on a fortieth day that the woman is cleaned and receives permission to enter the temple of God. Before the sacrament of Baptism, the child’s parents choose godparents. By tradition, the godparents should not be married. As in the Russian Orthodox Church, in Georgia, it is also accepted to give children a second name in honour of the saints at baptism. The sacrament of baptism is quite interesting: the priest with agile and quick movements dips infants into the baptismal font for three times: in the Name of the Father and of the Son and of the Holy Spirit, symbolizing the Holy Trinity. After this, the priest reads the prayer and finally puts on the cross, which is now intended to protect against diseases and bring prosperity to its owner. Towels and candles, used during the baptism ceremony, are also kept as a memory of this holy day.